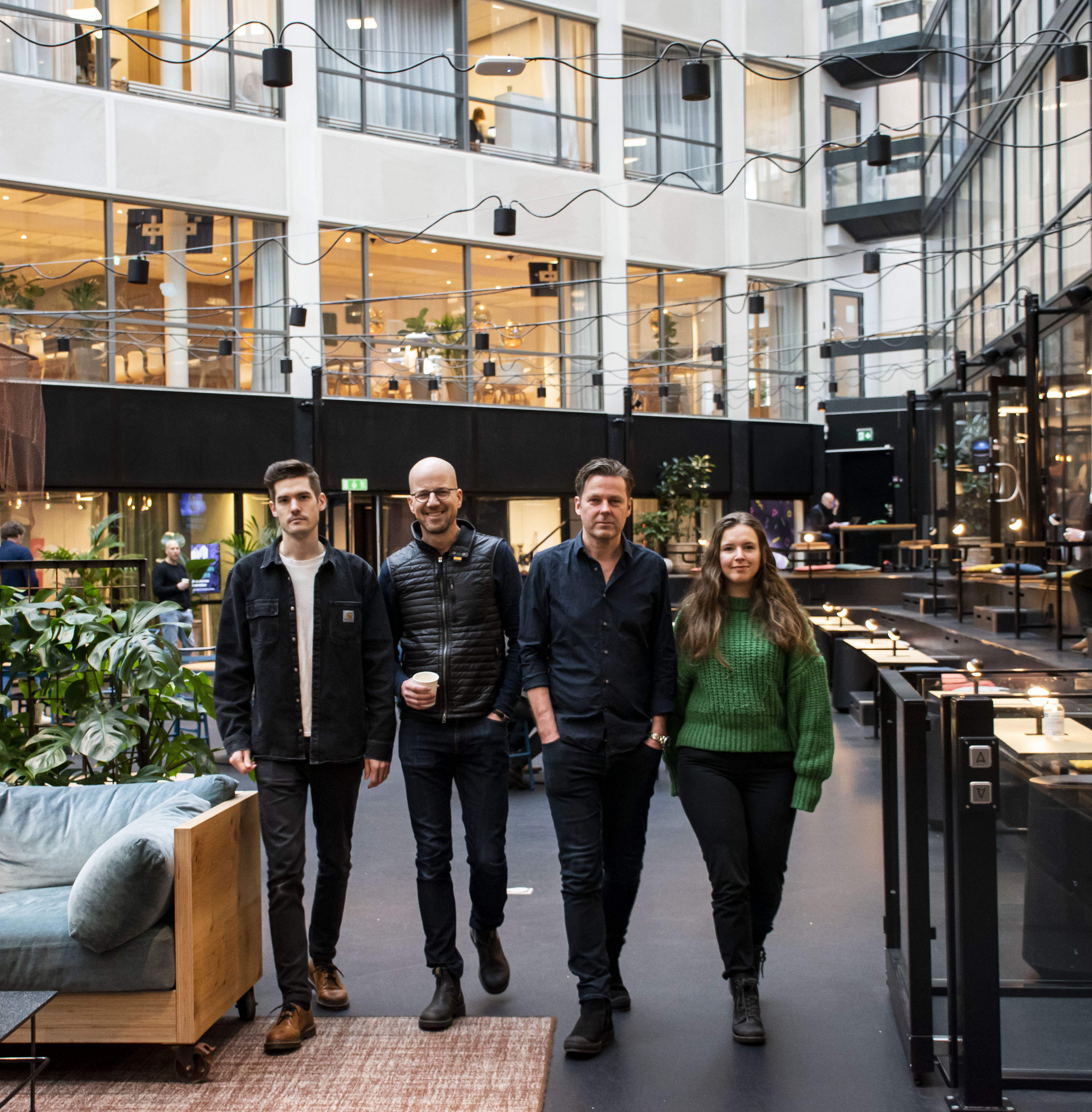 Voicemachine was founded in 2019 by a team of media professionals with over 25 years of experience in media & voice production. The business-to-business web app is designed specifically for professional voice talents and media clients and has radically simplified the process of selecting and recording voices.

The voice-over market is relatively unknown to the everyday consumer, yet presents a turnover of $5BN globally, primarily served by traditional voice-over agencies and studios. Voicemachine started with the vision to simplify the process of selecting and recording voices, by putting clients in direct contact with the voice-talents they select. All project-files, chats, file-transfers, and payments are handled directly in the app, and no user-fees or monthly subscriptions are required.

“With Voicemachine, we want to make it easier for both production companies and game studios to add high-end voice-over to their productions. We believe that voice-over should be as simple as using stock-photos or stock music. When introducing Voicemachine to our customers we have seen a decrease in the voice-over process from weeks to just hours.” say jointly Olle Bodelius and Peo Drangert, founders of Voicemachine.

Breaking with the industry conventions

“We dump the prices to some extent, but only towards the end customer and not in what we pay to the voice actors. We have no overhead costs. This is how it works when you automate and digitise a service that has been very manual”  Olle adds.

In addition to being supported by innovation, Voicemachine is also working on innovating internally, with an important focus on product development, involving developers as early as possible in the processes.

“Everything we do is based on innovation. We are developing services that no one has done before by digitising the voice-over process. Innovation is at the core of what we do and in our DNA” says Olle.

In connection with the recent closing of a seed round of 17M SEK, Voicemachine has recently recruited Raoul Hamilton, former director of voice-over at EA/DICE. With the help of Raoul’s industry experience they are building a complete production solution for voice-over in gaming.

The investment round is led by Moor Holding, which has connections to both gaming and sound companies, such as the podcasting platform Acast and Rovio Entertainment – whose biggest success is none other than Angry Birds.

This powerful move into the gaming industry will be carried out under a new brand which will be released later this year.

Massfluencer is matching brands with the largest inventory of influencers
Categories