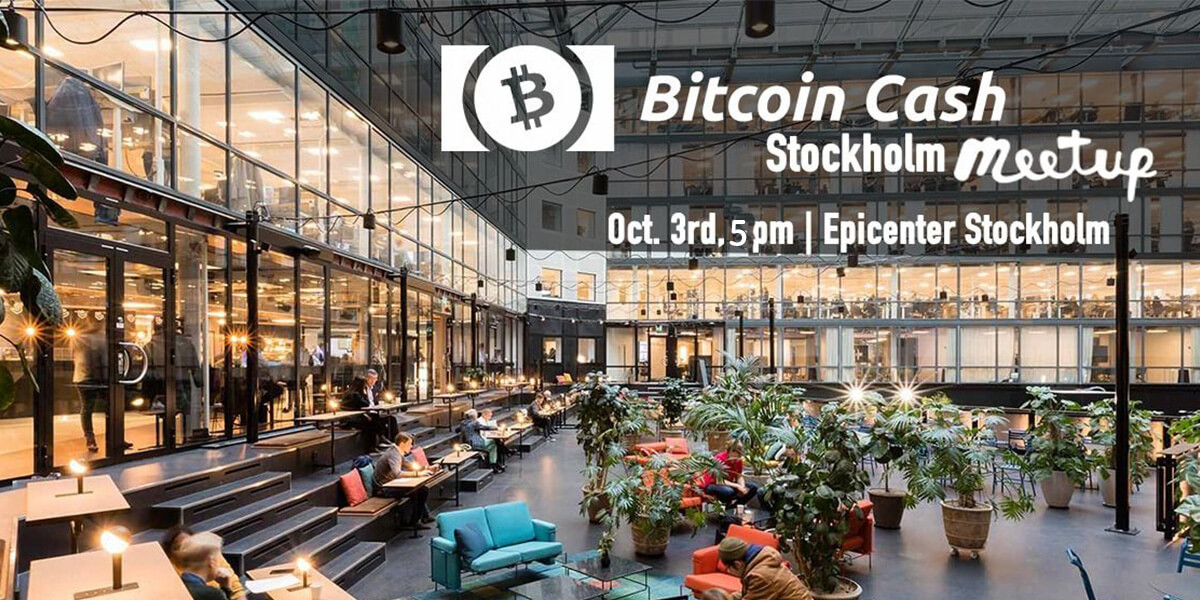 The interest in Bitcoin is growing on a global level. Wondering about the latest updates? Join us for The Bitcoin Cash Stockholm Meetup and learn from the Bitcoin masters! The Bitcoin

The interest in Bitcoin is growing on a global level. Wondering about the latest updates? Join us for The Bitcoin Cash Stockholm Meetup and learn from the Bitcoin masters!

The Bitcoin Jesus; Roger Ver and the new CEO of Bitcoin.com Stefan Rust, will take on the stage on Thursday, October 3rd. Take this opportunity to learn all about the incredible achievements happening on the Bitcoin Cash network side.

During this event, you’ll hear everything about peer to peer cash, as well as the many tools currently being built on Bitcoin Cash to transform the way the world uses money.

Don’t forget to sign up. Limited amount of seats. See you there!

Want to know more about the speakers?

Roger Ver: After founding several successful companies in Silicon Valley, Roger began his Bitcoin journey in February 2011. Years before traditional venture capital firms became involved, he became the first person in the world to start investing in Bitcoin related-startups, nearly singlehandedly funded the entire first generation of Bitcoin businesses. His current investments include Bitcoin.com, Blockchain.com, Bitpay.com, Kraken.com, and many many others. In his free time, he enjoys competing in Brazilian Jujitsu tournaments.

Stefan Rust: A multilingual and global leader, Stefan Rust has a flair for converting cutting edge technologies into commercial opportunities. He has held executive positions and launched successful companies while raising funds and creating business development partnerships as a foundation for successful ecosystems and associated business growth across mobile, IoT, big data and blockchain.

Speakers for this event